You damn kids, with your Dance Dance Revolution and Let's Dance and Rock Bandin'. Back in my day, we had this awesome music game that just used the Playstation controller - Parappa The Rappa.

Well, okay - maybe the game length was a bit low, and the options were a bit lacking. If I'm recalling correctly, there was no stage select, and only five "real" stages: kung-fu, driving, flea market, cooking and the bathroom, followed by the ending.

All of those stages were really, really well-done when it came to the rhyming and rapping, but heck, there weren't that many of them. The game's graphics seemed somewhat simplistic, so even if they added on some not-as-good songs, I think it would have helped the game out.

It also would have helped if the game was a bit deeper. For example, letting you play as more than Parappa, taking different plot arcs, having multiple endings, etc. However, these are minor quibbles about a game that was always marketed as a bargainesque title. I think I paid $30 for it close to its release.

Initially, the game's popularity in October 1997 (13+ years ago, ace!) was helped out by some awesome commercials:

Say what you will about Sony and its elitist attitude at times, but them dudes sure do know how to make a commercial, between these early efforts and Kevin Butler now. And personally, I always had problems with that god damn flea market stage:

Profiting off the destruction of more of my childhood 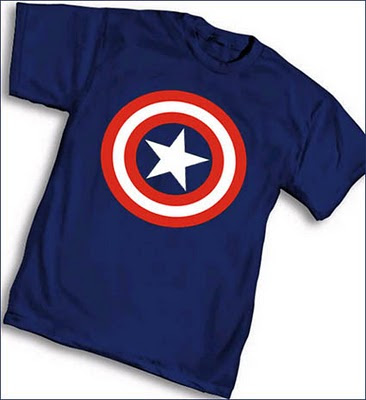 This weekend, I went to a closing / moving sale at FYE in Warwick. (It looked like it was still going on today, if anyone in Rhode Island is reading this and still interested.) I'm always filled with mixed feelings about closing sales:

1) I love all the bargains and discounts. I scooped up about 10 movies, a PS2 Game (Rogue Galaxy) and a Captain America t-shirt (pictured above) for about $60. The movies were mostly quality - Alien, Say Anything, Airheads… You know, that last one fits right in with the first two.

2) I feel somewhat nostalgic at another aspect of my childhood closing up. When I was a kid, I loved walking through the aisles and thumbing the merchandise at stores like FYE (back when it was called something else), Strawberry's, Lechmere, Circuit City, Blockbuster…

There are probably more, but heck, they're all closed. All that's left standing is Best Buy, Target and Walmart, it seems. And none of these serve as primary deliverers of content - The CDs and video games seem in there as more of an afterthought, to round out their completeness, as opposed to the vocal point.