The latest trend with me and a small group of friends have been posting pictures of our grocery shopping trip. I’m not sure why this is so oddly fascinating to people… But then again, I find myself equally fascinated by it when other people post the results of their shopping trips. So, because I’d hate to deny y’all my latest shopping trip, you can see it to the left.

It was a pretty purposeful trip, since I’m thinking about moving out of my current apartment. As a result, I’m trying to mostly contain my buying to smaller items (yogurt), items to facilitate the emptying of my fridge and cupboards (chips for salsa, cheese for crackers), and drinks (iced tea mix, diet soda).

The only “splurging” I did was on some Havarti cheese, which I haven’t dipped into yet. However, even that was on sale at $6.99 a pound – that tends to be the entry point for non-Cabot / Cracker Barrel / store brand packaged cheese.

Obviously, I will provide the full review via Steve on Cheese when the time comes. I will say that some Gouda I bought the other week was disappointing, and I eventually just melted it down and used it to top my pasta with. Here’s hoping the Havarti fares a little bit better.
Posted by Steve G. at 6/07/2013 07:30:00 PM No comments:


It only took about three years, but by god, the Venture Brothers are back on TV! For unexplained reasons, the show took a siesta from November 2010 to June 2, 2013, which made me think that the axe had fallen, despite claims from the creators that they were working the entire time. (And yes, they come across as dicks in that interview, but they did produce episodes, so good for them!)

All of that hard work though went into the greatest… Well, a pretty good episode. The fifth season debut, “What Color Is Your Clean Suit?”, was solid, but it wasn’t an all-time great episode or anything. The episode barely had any Brock Samson in it, after all, and the best moments involved a misunderstanding about sexual roleplay between The Monarch and Dr. Girlfriend.

Also, the fifth season is apparently just nine episodes, which doesn’t seem like much given the 2.5-year production time. Maybe that’s all they got the funding for… But if that’s the case, why did it take so god damn long? Ugh. I hate to keep harping on the huge production time of the show, but it bleeds into the series’ overall quality – It’s hard to build any momentum from a narrative standpoint if you’re essentially have nine to 13 episode seasons, with 18 to 29 months between seasons.

So yeah, there are some good jokes and sight gags. But I couldn’t help but let my mind wander after watching, and it came up with, “Is this it?” (Thanks for the assist, The Strokes.) The Venture Bros.is kind of the other extreme from forcing writers / showrunners / creators on unrealistic schedules – Sometimes, you just lose the previous momentum you had, and objects at rest tend to stay at rest.
Posted by Steve G. at 6/06/2013 07:00:00 PM No comments: 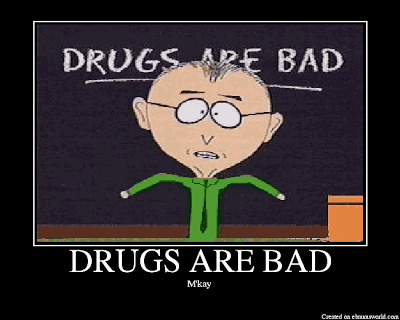 We All Fall Down by Nic Sheff is the follow-up to his debut, Tweak, and it’s a semi-riveting and completely frustrating book about drug usage and addiction. I imagine that’s kind of the point, but please note this going in. It results in a disjointed and intentionally odd narrative at times. (And a heads-up – Spoilers follow on this book, and his other works.)

First, the background – Sheff is the son of David, who did one of the best video game books of all-time, Game Over. It’s since been done a bit more in detail by Stephen Kent and others, but his book came out in 1999, when I was 15, and I remember it being one of the few non-industry (magazine) tomes about video games.

After Game Over, he wrote Beautiful Boy, which was released in 2008. It was all about Nic’s addiction to drugs – primarily meth – and how he was coping with it as a father. The book ended on a somewhat hopeful note, as David noted that Nic had about a year of sobriety at the time of the book’s publishing.

From there, Tweak by Nic Sheff came out in January 2009. If you’re looking for a scary, frantic, haunting book about drug usage, then jeebus, this is what you want. My skin literally itched while reading some portions. It was an Oprah Book Club choice, and they excerpted some of the tamer aspects of the first chapter.

Tweak is a remarkable novel on its own, but Nic produced a follow-up in April 2012, We All Fall Down. And to make a completely random comparison – At one point in his Dark Tower saga, Stephen King writes that the story is done and resolved, at least the happy bits, and if you don’t want that image to be spoiled in your mind, don’t read on. Well, We All Fall Down basically takes that concept and runs with it.

We learn that Tweak basically came about because Nic managed to manipulate his way out of rehabs in Arizona and New Mexico, latching on and living with a southern gal in Alabama. Once he’s there, he’s almost immediately drinking and smoking pot daily, while he’s writing Tweak.

While reading, it made me feel, well, odd. Like that entire last quarter of Tweak is basically a lie. Obviously, We All Fall Down is a bit of an attempt by Nic to set the record straight about his addiction, and to also document and layout the thought process of an addict. It’s shocking how crassly manipulative he is at times, and he also writes in a way that obscures this, presenting his logic as it occurs in his mind.

The overall result is an interesting book, but one that’s really hard to read, and there ain’t no heroes in the tale. To steal from the wonderful TV Tropes, most of the book is an exercise in black and grey morality or grey and gray morality. Who do you find more sympathetic – the unreliable narrator who is always thisclose to doing meth, his shrewish and co-dependent girlfriend, his constantly relapsing former lover or the well-meaning but pressuring father?

The image is watermarked, and I used it to inject a little levity here.