Inexplicable Book Review: All Your Base Are Belong To Us

All Your Base Are Belong To Us is a pretty spiffy overview of the video game industry from a somewhat unique perspective – The 300ish pages of Harold Goldberg’s book instead focus mostly on the development of the games themselves, as opposed to the rise and falls of the companies involved.

Yes, it’s kind of weird that that’s a “unique” perspective for a video game book, but most of the previous ones I’ve read only mention the games themselves in passing, as opposed to charting the rise and fall (and sometimes rise again) of companies like Atari, Nintendo, Microsoft and Sony. It also helps that Goldberg has a bit more of a journalism background than some other writers who have tackled the games’ industry; the book is well-researched and doesn’t make leaps when it comes to its subjects.

However, while Goldberg does cover some unique ground – AYBABTU came out in 2011, so there is plenty about BioShock’s development and the Wii – he doesn’t really go broad enough for my taste. For example, the first 50 pages are still devoted to the rise of Nolan Bushnell and the video game crash of the early 1980s, both of which are covered more in-depth and better in at least three other books. The same thing goes with the courting ritual of Tetris, which has a footnote acknowledging that Game Over by David Sheff is a better book on the subject, but then goes on for a dozen pages anyway about Tetris.

I’d rather these first chapters have been swapped out for something in the 2000s, which are still somewhat unexamined when it comes to gaming books. The book picks up speed once it gets past the Super Nintendo and Genesis era stuff, and focuses on the rise of online multiplayer and casual gaming. The chapters on Blizzard’s development of World of Warcraft, Sony and EverQuest, and Bejeweled were all much more compelling than yet another ode to Atari and Nintendo.

One last note – There is an odd thing going on with the book’s title, in that the meme is not discussed at all. For the uninitiated, it comes from some Engrish in the otherwise forgotten game Zero Wing. For more info, Wikipedia has got you covered. However, neither the meme nor the game are ever mentioned by Goldberg, which seems odd.

So, to steal Roger Ebert’s act, I’d give AYBABTU a mild thumbs up. There is enough interesting stuff, especially in the book’s later half, to make it worth a read, but some other tomes are better from an overall video game history perspective. In a future post, I might even do a ranking, since at this point I’ve probably read through a dozen different ones. 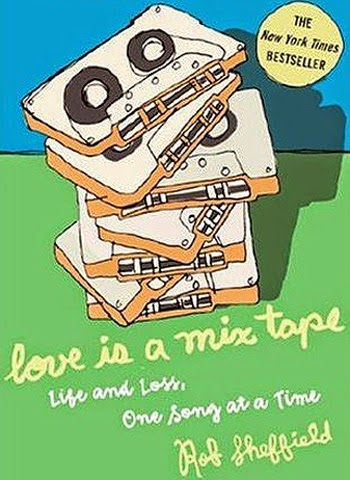 If you would like to read a good book about music and falling in love, and the combination of the two, then Love Is A Mix Tape is a wonderful read. It’s non-fiction, and by the end of the first chapter, well, you know that Rob Sheffield’s wife Renee dies of a pulmonary embolism. However, it’s a book that’s much more about that whole journey of falling in love, via music, as opposed to obsessing over the death and the aftermath.

Like a lot of things I really enjoyed reading, it's hard for me to accurately get across how much I liked it; I almost feel silly trying, in fact. So just go read it, it's good.

I was hoping that the Internet would provide a list of every song in Love Is A Mix Tape, but apparently that’s a bridge too far in terms of obsessiveness. The best I could find was this old Google cache partial list, kind of. I kept the book for an extra week though, just so I could pick and choose songs from Sheffield’s various lists. He has much better taste than I do, but then again, most do. I’ve always been more of a music vagabond – I like it lots, but it’s never been something I’ve defined my life by. Sheffield clearly does, so it’s an interesting read from that perspective as well.
Posted by Steve G. at 6/09/2014 07:00:00 PM No comments:

At The Commercials: Alison Brie Needs Paychecks Now, Damn It!

Listen, Alison Brie, I understand that things have been tough for you the past couple of weeks. Community wasn’t renewed for a sixth season by NBC. And… Well, okay, that’s probably the only thing bad that has happened in your life lately. And even that, well, Hulu is allegedly looking into commissioning a new season.

But still. Just because you lost a paycheck, it doesn’t mean you have to jump at the first commercial your agent offered you. Adam Scott, he needs to jump at whatever he gets. Alison, you can hold out for better. (Although, looking at your filmography, I’m worried about what your agent is doing anyway beyond Community and Mad Men. Get Hard will hopefully make a billion dollars, since it has Will Ferrell and Kevin Hart, but still. A Kevin Hart movie can go south pretty, pretty, pretty quick, and that is a horrible name for a non-pornographic film.) 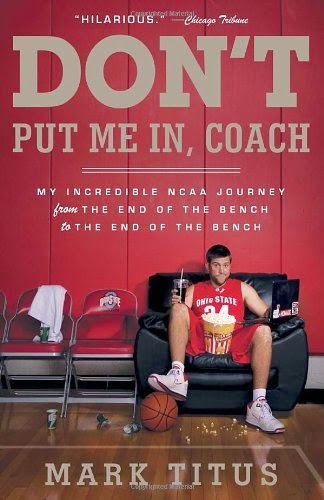 Don’t Put Me In, Coach is as sophomoric with its humor as you would expect, since it’s written by (at the time) a 25-year-old dude. It’s the type of writing that is as generous with its swearing as it is with its poop references. Then again, I’m not above poop references, so it had quite a bit of appeal to me.

Mark Titus, the author of said book, spent four years as a benchwarmer for the Ohio State men’s basketball team, so most of the book is devoted to his view of a Top 25 and national championship contending club. The book is at its best when it focuses on this sort of “inside look,” like when he’s talking about accommodations at the Final Four, or all of the horrible times that naked teammates tried to fight him. Thad Matta comes off as a pretty interesting and funny dude as well.

Also, Titus is eerily accurate in anointing Evan Turner as The Villain. I mean, I’m positive that at the time he was writing, it was meant as more of a tongue-in-cheek title for Turner. But since then, Turner was taken second in the 2010 NBA Draft, and disappointed immensely in his four years years with the Sixers. He got traded to the Pacers this year and basically wasn’t playing by the end of the year, logging only about four minutes in a season-ending series against the Heat. Titus wrote about pissing off the hyper-competitive Turner in practice from time to time, and perhaps shockingly, he allegedly got into a fistfight during a Pacers’ playoff practice with Lance Stephenson.

So, having this knowledge in my head as I read, why yes, it was awesome to read that Titus and Turner didn’t exactly see eye to eye. However, the book as a whole is a little less entertaining than three other basketball books of similar content, which I’ll recommend now:

- The Cockroach Basketball League by Charley Rosen. The initials of this book are CBL, and that’s not a coincidence. This is a thinly veiled fiction / non-fiction book by Rosen, who coached in the CBL and also served as an assistant for Phil Jackson for many years. It’s basically like a book form of Will Ferrell’s Semi-Pro, and generally better, although the book that that movie most clearly cribbed from was…

- Loose Balls: The Short, Wild Life of the American Basketball Association by Terry Pluto. I’ve read this book cover-to-cover about five times, and it’s probably my favorite sports book of any type. It captures the lunacy of minor league basketball far better than Ferrell’s movie, which is surprising, considering that it’s non-fiction and completely by the book reporting.

- Can I Keep My Jersey? By Paul Shirley. The overall impact of this book was probably stunted by Shirley making some (depending on your perspective) Libertarian or horrible remarks about Haiti following the 2010 earthquake there. He was removed from the ESPN rotation of freelance columnists shortly after. However, his book is a pretty sharp look at life on the basketball fringes, as he bounces from the end of NBA rosters to playing in Europe and Russia. (A similar book about Chinese basketball leagues, Brave Dragons by Jim Yardley, is also good reading, but it did come out about five years after Shirley’s book.)