Warning: Spoilers follow for Battleground, and Raw and Smackdown from the week of July 25.

I consider myself a wrestling fan, however, the current amount of product being put out by WWE on a weekly basis is seriously hampering my ability to keep up, even when the matches and storylines are worth following. Battleground was potentially the best PPV of the year, but it already feels like soup in my head because it was followed up by a three-hour Raw and a two-hour Smackdown.

All three programs were splendid, but ye gads. We’re talking about eight to nine hours of wrasslin’ in a three-day span! For a few years now, WWE has had an issue with fans being able to watch programs on tape or DVR delay, and their “solution” to this is seemingly to drown us all in content in the front portion of the week. It’d be one thing if Smackdown was still on Thursdays, because then at least there would be some breathing room.

Anyway, that being said, let me repeat that the three-day stretch featured probably the best wrestling and storyline focus of 2016 so far. The highlights were the ascension of Sasha Banks to the women’s champion, the nuclear pops she and Bayley got over the two days, and the pushes for Finn Balor, Dolph Ziggler and Dean Ambrose.

With all of these moments, the WWE has seemingly hit the reset button on its past practices, as David Shoemaker noted in a strong piece for The Ringer. There has seemingly been an emphasis on pushing better workers who are getting a crowd response, or on the wrestlers who will be a part of the next wave of WWE success.

It’ll be interesting to see how long it’ll last, and how committed WWE is to the change. In the past, they’ve seemingly done resets via factions or insurgent groups (Nexus, the Corre) but quickly flipped back to the status quo at the first sign of trouble. Online, there has been speculation that John Cena is going part-time because he’s in-demand in Hollywood. If that’s the case, it probably removes a large crutch the WWE had in the past and forces them to focus on Rollins, Ambrose, Balor, Sasha and others.

How this is making all of us wrasslin’ fans feel, from Death to All Marks: 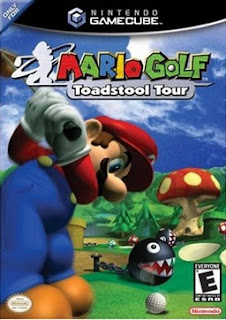 - Nintendo is mining its past heavily for the Christmas season, as in addition to the NES Classic Edition, they also plan to come out with the Playing With Power: Nintendo NES Classics retrospective book on 17 games. Read more on the Prima Games site here.

- Hey, Sega also licensed their systems for new productions years ago! Except, according to Polygon, they kind of suck.

- From Geek, the Retroist has a fun feature on misleading Atari 2600 box art.

- Surprisingly, the new Ghostbusters game is just as bad as the old one, according to Brett Makedonski of Destructoid.

- On IGN and a bunch of other sites, a wireless receiver is now available to use PS4 and other current gen controllers on the SNES.

- Jason Schreier of Kotaku has a good retrospective on Final Fantasy III for the NES.

ON THIS DAY IN VIDEO GAME HISTORY…
- Mario Golf: Toadstool Tour came out in 2003 for the Gamecube. It was the second game in the Mario Golf series and well-received during its release.

- Pokemon Crystal came out on July 29, 2001 for the Game Boy Color. Seemingly, Nintendo is the only company releasing good games in the dog days of summer…

Video game history information comes from GameFAQs and Moby Games. And as always, if you’d like to support the show, do so via our Amazon link.
Posted by Steve G. at 7/28/2016 09:00:00 AM No comments:

Warning: Spoilers follow for the first season of Star Trek: Voyager. Also, Steve is still making his way through the show, so he’d appreciate it if you kept spoilers to a minimum. He’s only through about half of season two!

- It has a really unique feel and concept as compared to the Star Trek shows I’m really familiar with, normally The Next Generation and The Original Series movies. Quick primer: The Voyager gets flung into the Delta Quadrant by an alien, and it’ll take about 80 years (at the onset) in order for them to get home. For the most part, this played straight, as they only make minor speed improvements in the first dozen episodes or so. (From poking around subjects on the awesome Star Trek Wiki Memory Alpha, I’ve learned they do make some bigger “jumps” here and there, and obviously the Borg show up at some point.)

- Because the ship and crew are in the middle of nowhere and stranded from Starfleet, this creates an interesting dynamic. They have to integrate a crew that was initially rebelling from Starfleet, and resource management is always improvement, as compared to the plush ship environment of TNG. The ship is seemingly in a constant state of disrepair, in a realistic way, as opposed to one that always functions as Plot Device.

- Kate Mulgrew is solid as Captain Kathryn Janeway, although she’s clearly channeling Patrick Stewart quite a bit. She is Capital-A ACTING in most episodes.

- Of the supporting cast, chief engineer B’Elanna Torres, the reformed helmsman Tom Paris and Vulcan second officer Tuvok are the most intriguing. Lt. Commander Chakotay, a.k.a. Mystic Shaman Man, is less compelling. (He almost literally has a spirit journey in one episode.) Kes, the nurse in training, is usually OK, but she has the annoying background of having made-up mental abilities and only being two years old. And, there are two standouts, for good and bad reasons:

- The holographic doctor, played by Robert Picardo, is awesome. He’s a spiritual successor to Data from TNG, and presents the same sort of ethical and intellectual issues. He comes with a bit more attitude and snark though.

- On the bad side of the ledge, Neelix serves as the show’s comic relief. He’s a Talaxian and mostly just serves as the Butt Monkey, and jealous boyfriend / husband / something weird of Kes.

At current pace, I’m finishing about a season every two to three weeks. I will keep everyone posted on my progress through this 21-year-old television show.