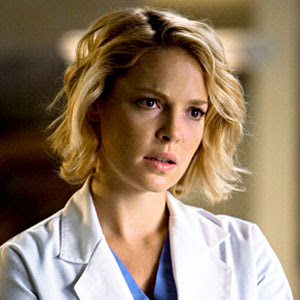 The title of this entry is a bumper / commercial tease they had on the Anderson Cooper talk show Anderson. Unfortunately though, she lost points with me because she didn’t just share the real reason – Someone was going to give her a load of money to appear in bad romantic comedies.

If she had said that, I would have been immediately won over. I like celebrities that are willing to be frank, even if it’s only for a minute. The ultimate example is Bill Murray, who has made a career out of smirking sarcastically with the audience while acting, but 1/100th of that is normally enough to satisfy me.

It’s for that reason that I kind of respect Miley Cyrus. Back in the day, when asked about having Jay-Z in the lyrics of “Party in the USA,” she said, “I’ve never heard a Jay-Z song … I don’t listen to pop music … I don’t know [where the lyrics came from], I didn’t write the song, so I have no idea.”

Awareness always makes me more receptive to a person, so I’d much rather hang out with Miley than Katherine, I bet. Sorry Katherine, I don’t really believe that you wanted the artistic challenge of going from Grey’s Anatomy to fare like 27 Dresses and The Ugly Truth. You’re just lucky you got cast in Knocked Up, since without that, your overall box office earnings probably look as anemic as any other marginal drama-to-chick flick “actress.”

… This is why I should probably be focusing on my 400+ e-mail backlog as opposed to Anderson.