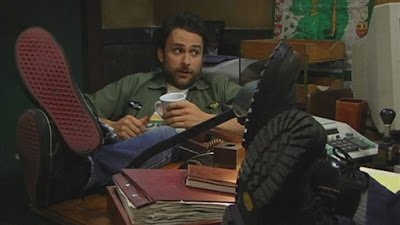 Another guy who knows a thing or two about movies.
An obsession lately... Well, not really just lately, but at all times... Anyway, an obsession lately has been pitching made-up movie and television pilots. Part of this comes from listening to Adam Carolla for years, since it is part of his reportoire. But even before I listened to Adam, I had thought about how TV shows are written and made in high school.

With that in mind, here are some random shows that friends and I have pitched on Facebook, AIM and other places... 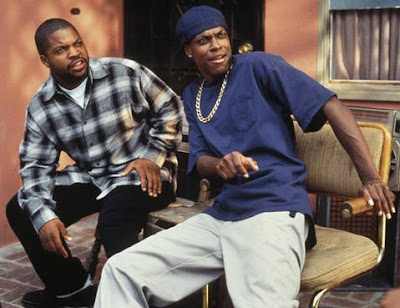 - Going with the more general idea first, and one I first brought up in the comments of Carly Googles, the title says it all: Black Ghostbusters. Yeah, there have been the Scary Movie, uh, movies, but they would pale in comparison to Black Ghostbusters, which would either be a remake of the original franchise or just a similar movie to that.

Anyway, I really like the movie Friday, so as my leads I'm casting Ice Cube and Chris Tucker. I feel like Cube is ready for another true comedic movie after starring in so much family-movie crap, and I get the feeling that Tucker is now always available. The difference in their personalities - the smooth nature of Ice Cube vs. the frantic energy of Tucker - makes for a good mix in the main cast. There would also be a sagely, older black dude who was the senior ghostbuster - Maybe Morgan Freeman wants to do some comedy, and if he doesn't, then Billy Dee Williams (Lando Calrissian) or Carl Weathers (Apollo Creed) also work nicely. (If he hadn't passed away, Bernie Mac would be the PERFECT man for this role.)

The rest of the cast is simple enough. We need a squirrley white guy as the fourth ghostbuster, and I nominate Steve Buscemi or Christopher Walken (he's always looking for work), with Alan Tudyk (Wash from Serenity) as a fallback option. Beyonce would be a natural for the Weaver role in the original, but she might not be skilled enough. In that case, we just eliminate that role, and instead make the Hot Chick of the movie the Annie Potts role. That could be a slew of different hot African-American women, anyone but Tyra Banks.

So, at this point, the cast is almost full. I was a fan of Walter Peck's role in the original movie, and I think you can fill it with one of those abrasive "ohnoudidnt" characters from movies - Wanda Sykes or Queen Latifah. I'm also in favor of squeezing in a role for Tracy Morgan somewhere, possibly as the fifth ghostbuster, a la Rick Moranis in the original movie. 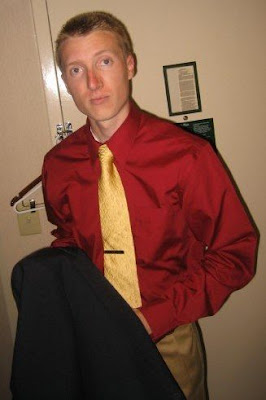 - The second show idea would star my friend Mike Smith as my best friend, and in real life, we are really good friends. Anyway, he decided to buy a house in Rhode Island as a tax write-off, but after the sale is finalized, he learns that he bought a house that is technically classified as affordable housing! Therefore, he has to have a poor tenant.

And THAT is where I enter the picture. Desperate, Mike turns to his best friend Steve to share this house with him, hence the title... My Best Friend Landlord. (It's a little bumpy, but it's the best we came up with on short notice.) We would essentially be playing ourselves, and the show would be set in a fake town that resembles our actual places of origin (Charlestown, Richmond and Hopkinton). I'm guessing the fake town could have a name like Valley Lake.

Anyway, like most of these shows (Three's Company, The Odd Couple) the concept works because, of course, Mike and I are sooooo different! We did live together at one point, and I would do things like snore and sleep in until 3 p.m., while he would be watching The Surreal Life in the other room. At one point, we went an entire week without seeing each other, because he was doing clinicals in the morning, and I was working until late in the night.

I digress though. On the show, WACKY things would happen! Like, when Mike went to pour out his cereal, my sweaty gym shorts would come tumbling out. Then, he'd shake his first and say his catchphrase, which would be like, "Greenwell you bashtid!!!" I also picture him tripping over my basketball at least once a show. On the flip side, I would be utterly befuddled by vast collection of ties, and generally be an unsophisticated brute around the house.

And of course, there would be a large cast of supporting characters. The first would be our friend Borsay, who would live on the couch. Now by Borsay, we mean either Kevin or Nick or Bradley - they're all brothers, ranging in age from 18 to 26, and all of them are big tall white blonde kids. Think Dolph Lundgren (Ivan Drago from Rocky IV), but actually fluent in English. The Borsays are notorious for stealing food, so in every episode, they would nonchalantly wake up from the couch, swipe something from the fridge, and then leave for the day, out on their merry way. One of them would rotate on a daily basis.

Like any great sitcom, you'd never see us at work, but it would be understood that I'm a reporter, with a hand in all the city's drama, and Mike would work as a pharmacist. Every day after work, we would meet our fellow buddy, Pat, and share a brew. This would take place at The Valley Alley, a combination bowling alley and bar. You would never see Pat outside of The Valley Alley, much like Norm and Cliff on Cheers.

Every once in a while, our friend Shaun would stop by, and he would be the B-story arc for some episodes. Like Quagmire on Family Guy, Shaun would get into predicaments, like making a date with two women for the same night. Whooaaaa! Crazy times! Tagging along with would his friend Chris, who mostly just likes to watch Shaun's exploits in a very real and very gross way.

The local television reporter would be the quick-talking athletic director of the high school we all graduated from, and the entertainment reporter would be the absent-minded but sweet French teacher we all had. (Withholding their names because they're both still teachers, and Google is a powerful thing.)

Our next door neighbor would be Carl "Eric" Devin, a mutual friend of Mike and I. Each show, he would have a different interest - one week, jazz albums, and then the next, growing natural vegetables. Also, he would dispense random and interesting advice to Mike and I when we had problems. Another pair of friends, Brian and Justin, would be the gruff mail carriers, always dispensing packages and insults.

You might note that besides the French teacher, there are no woman roles, and yes that is intentional. Like the parents on The Peanuts, women would exist only as off-screen characters, or muddled voices. There is no particular reason I'm suggesting this, except that I think it could be funny.

The picture from Always Sunny comes from the upcoming shows on TV Guide. Chris Tucker and Ice Cube come from this blog. And Mike's picture is from his Facebook.
Posted by Steve G. at 2/15/2010 07:00:00 PM