At The Commercials: The Two-Timing Commercial Girl, The Sequel! 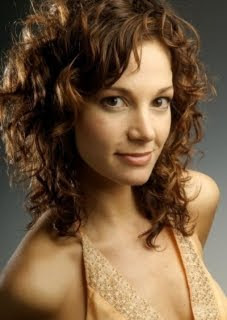 In the past, I've written about how I dislike when one actress (or actor) is in multiple commercials for different products. But yet, they persist! I guess I don't have as much pull in Hollywood as I thought.

The latest offender is Jama Williamson. First off: I wonder if she's friendly with Jayma Mays from Glee. Their names are somewhat similar, so they got that in common right there.

But on-point, she is in the above holiday commercial for Best Buy. Contrary to the blog I found this YouTube link on, I actually find her a bit charming in this commercial:

When I first saw it, I was like, “Wow! She is WAY too young to be portraying a mom. That girl is like 20.” Then I actually looked her up on IMDB, and yikes, she’s 37. (Hopefully she would be flattered by my reaction, even though she actually does have some babies, apparently.)

However, Jama isn’t just in that Best Buy commercial. Lately, I’ve also seen her in a commercial for Crystal Light! In that one, she’s gabbing with a friend on a plane about swimsuits.

Again, it’s actually a pretty decent commercial – I’d expect someone who did a good guest stint on Parks and Recreation to have good luck when slumming for commercial work.

But the entire time it runs, all I think is, “Hey you were just tricking Santa! Where are your kids now? Why and where are you flying on business? How can you abandon them for 60 hours a week? Why is your friend tarting it up so much, and how come we don’t actually get to see her in a bikini???”