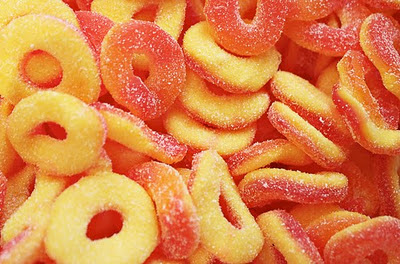 For whatever reason, there is a whole subset of food that only exists at gas stations and convenience stores. A good portion of it is really disgusting crap – you know, like those hot dogs on rollers.

But thanks to my trash compactor stomach, I must confess a guilty pleasure for all of it. The aforementioned hot dogs aren’t my actual favorite, but every couple of months, I just have a craving for hot dogs. I’ll usually buy a few at a gas station as opposed to buying a package of dogs and buns, since they normally go to waste.

(An overlooked negative aspect of living alone is that it’s tough to properly buy food in proper amounts. Hot dogs come in packages of six, with six to eight buns, which means I have to commit to two to three meals of hot dogs in a week. The same goes with salad, or in my case this week, London broil steak. I got two big, beautiful steaks because they were 2-for-1 this week, but I have to freeze one because they’re both a pound and a half each.)

My most recent obsession of the past two years? Peach rings. I don’t know why, but the only place they sell them around here are at Cumberland Farms and other gas stations / convenience stores. Along with things like gummy worms, Sour Patch kids and dried fruit, they exist in their own weird subset of food only sold at gas stations.