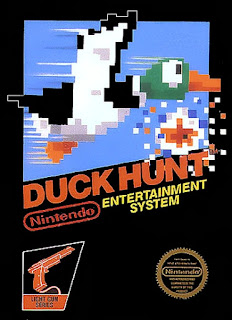 This week in Your Parents Basement, we are focusing on two pack-in games for the ole NES! From 1985, we’re playing Duck Hunt with the NES Zapper, and from 1988, we’re playing World Class Track Meet, both developed in part by Nintendo.

TIMESTAMPS
0:00 – Intro, which features the title theme from World Class Track Meet.
39:00 – Emails! A special friend wants to guest on the show, and the return of a length emailer.
1:06:45 – Snifferoo. Next week, we’re playing a fun, esoteric game that makes Jurassic Park look cheap. (Well, not really. But it’s a fun game with a great soundtrack!)

SHOW NOTES
- According to Price Charting, loose carts of Duck Hunt are super cheap, and only cost $3.35. The same thing goes for the combo packs with Super Mario Bros. and World Class Track Meet. However, the Duck Hunt box adds another $100 on to the price, because it’s so rare. (I can’t remember ever seeing JUST Duck Hunt for sale in a store…) World Class Track Meet seemingly didn’t have a proper release, and it’s not really for sale on eBay as a result.
- Stadium Events, the game that World Class Track Meet was repurposed from, goes for an insane amount of money now. GameSpot has a good article on the latest $35,100 auction here.
- From YouTube, modern day teenagers try to play Duck Hunt. Hilarity ensues!
Posted by Steve G. at 3/07/2016 09:00:00 AM