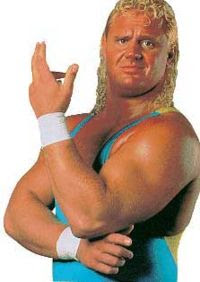 Just so that I can keep track of it, and to allow my readers to share in my vanity, here are some of the things I've done the past two months:

July 18 - Interview - Blast interviews Harcos - Blast Magazine: This is an e-mail interview I did with the 1) the creators of the Mana Potion energy drink and 2) the programmers of an MMORPG. I thought it came out surprisingly well, since I was able to ask them some weird, video game-related questions that will (or should) appeal to hardcore gamers.

July 18 - Review - Harry Potter and the Half-Blood Prince - Blast Magazine: I thought this game stunk, but I gave it a 5 anyway because I was so despondent about it. I honestly don't think anyone even reads the reviews for licensed games; they're either in or out. You can tell the guy commenting on my review didn't read it. Also, I give a shout-out to Danielle, since she helped me playtest the game.

July 9 - Review - Shin Megami Tensei: Devil Survivor - Blast Magazine: My review of a great DS RPG. I sincerely recommend this game, if you had a DS and liked any of the past Persona games or Final Fantasy Tactics.

July 8 - Review - Gemcraft - Gamezebo: A review of a fun tower defense game that adds a few twists. It has a leveling and experience system that is fun to utilize, and instead of focusing on buying 500 units like a typical tower defense game, a better strategy is to make a few uber-powerful ones. The game gets repetitive, but it's still good.

July 4 - Blog - Celebrate the Fourth with Secret of Evermore - Blast Magazine: A blog entry at Chibi Gamer, Blast's video game blog, about how Secret of Evermore deserves more credit for being one of the rare American-feeling games from the SNES RPG era and for its humor.

July 1 - Review - Droplets - Gamezebo: A short but sweet review of a so-so web game. The music and look of the game are great, but the actually game is subpar. There are cute squirrel-type things though, if you're into that.

June 30 - Blog - The roleplaying slums - Blast Magazine: Another blog entry for Chibi Gamer, this one about some of the worst RPGs I've ever played. Somewhat surprisingly, I didn't get any comments on it, which made me a bit sad.