Observations from the driving range 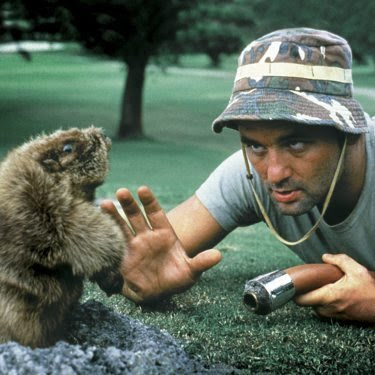 Some random thoughts while working at the driving range on a random day...

- Almost every morning shift I work, right around 9 a.m., a really, really old man comes down to golf. Now, I work at a driving range, so this in itself isn't so unusual. What is unusual is that, uh, he really shouldn't be getting out of the house so much. Even just pulling into a parking space and backing out when he's finished is a slow, laborious chore, and if anyone is near him he just won't do it.

As I speak, he started at about 9 a.m., and it's now 10:30 a.m. In that timespan, he has only hit about 30 golf balls – half a bucket. It's a really pleasant, mild day in terms of weather, so he shouldn't be getting so winded that he has to stop.

I realize he probably just wants to get out of the house and to get some exercise, but he always buys a large, not a small, and he takes forever, which poses logistical problems. (When nobody is golfing, I can use the cart to grab balls quickly, whereas I hate driving the caged-in mule because I get hit with golf balls.) He also never brings his empty basket back, and leaves empty soda and iced tea cans around.

I'm also worried that because of his poor health, something could happen, and I'm no longer first-aid certified. But much like family members dealing with their octogenarian parents still driving, it's not like I can just refuse to sell golf balls to him.

- I almost had to kick out three punk kids the other day since they were being unbelievably stupid. They were shagging some balls out; no problem there. But then as I was going around in the cart, they were running 50 yards out to snag the balls they had just hit.

I normally look the other way on this kind of stuff when kids are involved, except that this time, there were other people hitting! So, each time they did this, they were running the risk of getting nailed in the head with a liner.

Having some kid suffer a brain injury while I was working probably wouldn't look good on my resume, so I told them to knock it off, which of course got a sneer. Good times, good times. The thing is, all three were about 13 or 14, so they should have known better to risk their safety for some cheap golf balls; buckets cost $4 and $6 for small and large, respectively. Future Al Capones, they are not.

- The biggest factor in the business we do is the weather, even more than what day of the week it is. You'd think we would do gangbusters on the weekend, but except for Friday night, there is no guaranteed “busy” shift here. A good shift total is anything more than $100. Expenses are low for the range; each shift costs roughly $45, with 14 shifts per week, plus 20 gallons of gas per week.