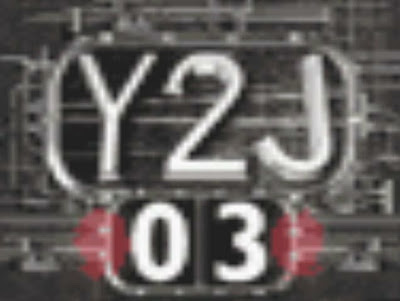 The other day in The Los Angeles Times, there was a decent article about the new, family-friendly direction the WWE was headed in. However, to a longtime wrestling fan like myself, reading it reminded me that “family-friendly” is a relative term indeed. The columnist also didn't come across as much of a wrestling fan, since the article focused almost solely on current stars and provided little background.

While the WWE has undoubtedly strayed from the tits, ass, violence and blood of the appropriately-named Attitude Era, there is still plenty to get offended by. They have just shifted the focus from things that got them the teen / mature TV ratings (blood, breasts) to simpler storylines and non-bloody beatdowns. Also, with the exception of re-hiring Chris Masters, there has been a shift away from the professional bodybuilder look, probably in reaction to the Chris Benoit incident.

DX, the original group of bad humor, just reformed, even though Shawn Michaels and HHH are both in their mid-40s. Although it was played up as farcical, HBK did Superkick a tween girl in the face less than a month ago. (Background: They were doing a skit where HHH had to talk HBK back into wrestling, but HBK was working as a cook – I mean, a chef – at essentially a cheap hotel restaurant... Yeah, I don't know why I watch wrestling either sometimes.) They also still do childish jokes and crotch chops.

The best argument that can be made for the new direction of the WWE is a shift to more old school storylines. For example, Randy Orton is the current WWE champion, and he has retained his title each time with chicanery, normally with a member of his gang breaking up a pinfall or interfering. Orton has also done vile things, like punting HHH's wife Stephanie McMahon in the skull.

Opposing Orton would be John Cena, who you might remember from some funny appearances on late night television shows and some god-awful movies (The Marine, 12 Rounds). He is as close to Hulk Hogan as you can get in the current wrestling industry, as he is built like a starting middle linebacker and always plays the “good guy” role, at least for the last five years. (He does get booed a lot by hardcore fans, and while I'm not the biggest fan of his squeaky-clean persona, I do think he's a good wrestler. He also seems to be a good guy away from the ring as well.)

There are other clear bad guy vs. good guy feuds throughout the Raw roster, although I will say that as a result it tends to be the less entertaining show for longtime fans. Smackdown, which airs Friday nights on MyNetworkTV, is by far the better show at this point. That show has an edgier feud between the straight-edge CM Punk and the notorious risk taker Jeff Hardy, which culminated in a vicious tables, ladders and chairs match Sunday night at SummerSlam.

While there is far less blood in WWE programming now, there are just as many metal chair attacks and leaps from 20-foot-high ladders, so I'd hesitate to say they're getting back to “family-friendly” programming. When I was watching wrestling as a kid, it was just tamer in general; the brightly-colored outfits of Bret “The Hitman” Hart and Hulk Hogan definitely lightened the tone.
Posted by Steve G. at 8/26/2009 07:00:00 PM