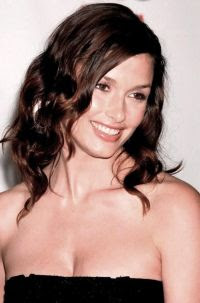 [Left] Listen, I'm not going to be ashamed about it: I like Brady's old lady and baby-momma better than his new old lady.

So, I spent about three hours at a fantasy football draft earlier tonight, but the sad thing is that I'm not much of a fantasy anything player. My highest finish in the 10 seasons or so that I've played in various sports was third, and that was when I was still in high school and had a lot more time to devote to it. In the three years I've been drafting a fantasy football team with my buddy Rich, we have never made the playoffs, which requires finishing in the top four or top six (I don't even remember) of a 12-team league.

Keeping that in mind, here are the picks I made, to the best of my recollection. We had the second pick in the odd rounds, and the 11th pick in the even rounds, snake drafting. Our players so far:

Since Brady already has a stressed shoulder, I hedged our bets by also picking up Big Ben and Gerrard, who I thought were good values where I picked them up. I thought our league had some surprising picks at QB; Eli Manning went before Gerrard, for example, and Matt Ryan went in the third round.

I tried to go heavy on the RBs this year, since it was a constant weakness for us last year. Frank Gore almost got to us in the second round, and I was annoyed when he didn't. The Moreno pick might be a little high, but the Broncos always seem to have a 1,000 yard rusher, and I have enough strong alternatives to cover it up. I especially like the Norwood pick, since I'm a staunch believer that the Curse of 370 is real, and that Turner isn't going to be the guy to buck that trend.

I reluctantly picked Brady at #2 because none of the other options really caught my eye. Brees vs. Brady is a wash to me, and since my co-owner is a big Patriots fan, why not go with the hometown guy? The top-rated running back on my board was Maurice Jones-Drew, but I've owned him before, and he can be so frustrating. Not always healthy, a consistent 20 points for three weeks then nothing for two, etc. LDT and Turner scared me because of injury concerns. Adrian Peterson was the first pick off the board. And no way was I going WR with the #2 pick in the draft.
Posted by Steve G. at 8/31/2009 01:46:00 AM