The weather and car crashes 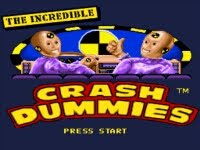 [Left] Whatever happened to these two wild and crazy guys?

Because it is so overcast and rainy here today, I thought I'd share a personal story or two about how weather has F'ed me over in the past. About a year ago, I went through the worst month of my life, which saw me get dumped, get laid off and be forced to move back in with my parents, but it all started with a car crash.

It was during a torrential rainstorm, and while I was driving on Route 95 North, on my way to the aforementioned ex-girlfriend's place. Just as I got past the Route 4 split, my brakes gave out, and I skidded off the road and into a tree.

Luckily for me, I was driving below the speed limit, and there was also a thicket of shrubs that slowed me down considerably before I hit the tree. As I was about to hit the tree, I closed my eyes and thought, "Wow, this is going to hurt," but shockingly, my face just barely hit the deploying airbag. I didn't lose consciousness at all, and even the next day, I wasn't shore at all. I was really, really lucky from a health standpoint.

Unfortunately, I couldn't say the same thing about my car, an awesome 2002 forest green Chevy Prism. There was an angry gap right in the middle, and the windshield was completely shattered and caved-in on the passenger's side; the police said I was lucky that nobody was in the car with me. The car had to be junked and I had to file an insurance claim, which sucked, because what I got - $5,000 - was worth far less than what I could have sold the car for - around $8,000.

The other weather and driving-related incident I've had is far less spectacular. I forget the circumstances, but for some reason I was driving south on Route 1 toward Westerly in January of this year. It must have been for an important reason, because it was late at night and there was practically nobody else on the roads, and they hadn't even been plowed yet.

That night, I learned why it is such a bitch to drive on an unplowed road. About half a mile from the McDonald's, my car went into a spin, and flipped around 180 degrees, so that I was pointed the wrong way.

For some reason, the only thought in my head was, "I hope someone doesn't find me like this." The thing was, I had stayed on the road the entire time, so it was more of an embarrassing thing as opposed to something dangerous. My car was still running, so I very, very gently drove forward and looped around, so that I was the correct way on the road again. I was a bit rattled, so I pulled into McDonald's and got something to eat and read a book for about half an hour, which gave the plows time to work.
Posted by Steve G. at 8/29/2009 07:15:00 PM