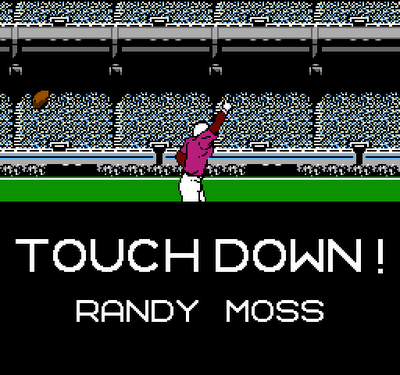 Time for some more of The Baggage Game. You can check out the Excess Baggage here, and the episode itself should be linked at the bottom of this entry.

Today's dater is Annette, a substitute teacher from L.A. Wow, I can't imagine living in that city on what most subs make; maybe she's union or something. She wants a guy who is into music, because she sings a bit on the side. Jerry makes her sing (get your mind out of the gutter), and she does, indeed, have good pipes.

First up is Taylor, a professional track runner from Long Beach... who played two years in the National Football League??? Wow. Next is Spencer, a health consultant from Boston. He's wearing perhaps the worst outfit ever on Baggage - a pink dress shirt, a loose, skinny black tie, and a badly-fitting black vest. Oh, and a sideways blue baseball cap. Egads. Finally, we have Dexter, a massage therapist from St. Louis. Annette makes a funny face when he comes out, because while she is black and pretty, and the other two dudes are black and studly, Dexter looks kind of like Jared from the Subway commercials. This could be an interesting game!

Taylor is missing teeth like a hockey player because of football background. He promises that when Annette is making love with him, "She wouldn't be worried with what's up here." Hi-oh! Despite his horrible outfit, it sounds like Spencer and I could hang out, since I do like toys. However, he adds that he has a 6-year-old son. ick. Meanwhile, Jerry makes Louis dance, and it is really spastic and horrible, but it gets a good rise out of the crowd.

Second Round
Spencer: I have two sugar babies.
Dexter: I believe we come from aliens.
Taylor: My dates must wear socks during sex.

The aliens thing is oddly popular, as some dude last week also believed he came from aliens. That's weird, but not as concerning to me as the sugar babies thing. Seriously? The crowd boos the socks thing, which to me, barely counts as baggage. They're just socks, not tu-tus.

Annette thinks about it for a bit, and sends the aliens dude packing. Although the sugar baby would be more concerning to me, I can see her reasoning. This turns out to be the super-square Dexter, who adds that he thinks Battlestar Galatica is a documentary. On his way out, he fist-bumps and shakes, haha. He's won the crowd over completely. Taylor says the socks are because he's anemic, and thus, he loses his erection if his feet are cold. Well, thanks for that info, Taylor.

Time for the Hot Spot. If Taylor had to pick a Jaime Foxx movie title to describe his love life, it would be booty call. Additionally, he talks to his mother every day, he likes to be kissed everywhere, and he says what Tiger Woods did happens to us all (???). Spencer was the class clown in school, he would stick close to Annette if one of her flirty ex'es was around, Miley Cyrus is the most-played artist on his iPod, and he has a six-time member of the Mile High Club.

Final Elimination Round
Taylor: I cheated on an ex more than 100 times.
Spencer: I'm in therapy for anger management.
Dexter (eliminated): I'm addicted to self-help books.

Holy hell, Taylor! He says one of his ex'es became celibate while he was dating her, and he decided to cheat on her instead of breaking up with her. And while Spencer needs anger management, at least he's trying to get support for his issue, which Annette notes as well.

However, despite this, she sends Spencer home. He promptly says, "I'm going to go into the audience and find sugar baby number three." Classy dude, and I'm sure he's a great dad. Anyway, Annette's baggage is one of these three:

The gyno thing is just weird, and reflects more poorly on the doctors as opposed to Annette. (But seriously, why would you want someone who pokes at your junk to then come home to it?) The curling iron thing seems like a one-time violent act. However, I'm betting her actual baggage is the virginity, since the other dudes on the show are huge players, apparently.

Taylor says he would have the biggest problem if she was waiting until marriage, and I'm a genius, because that is totally her baggage! mwhahaha. However, I think Taylor wants that free meal more than anything else, and he accepts her baggage.

Also, I'm a bit disappointed in myself - I can't find Taylor on the Internets. While he notes on the show that he went to Florida State and spent three years in the NFL, I don't think he finished his college career at FSU, so I can't find him. womp womp womp!