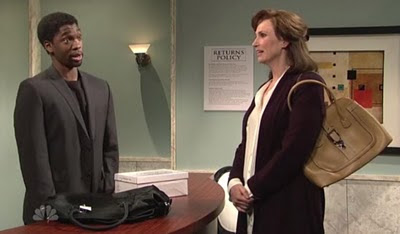 My buddy Tom and others have suggested a way to save Saturday Night Live that I'll sign off on - Just have Jay Pharoah in every skit. A blog at The Wall Street Journal is singing his praises (eerie fact: It's written by Christopher John Farley), and I will second them. He's only been in three skits so far, but he's been great in all of them. Much like when Eddie Murphy joined the show in 1980 and put it on his back, I think Pharoah should do the same with Andy Samburg.

The best skit this past Saturday featured Pharoah as a pitch-perfect Denzel Washington. He was immersing himself in his role as a worker at a customer service desk, and angryly cajoling a customer (a disappointing-as-host Jane Lynch) for trying to return a BLACK hand bag. "Is there something wrong with the color of this bag?" He completely nailed Denzel, and the clip is in the WSJ article linked above.

Unfortunately though, the rest of the show felt lackluster, as you can probably guess from my comment about Lynch. They showed glimpses of promise, like when they had a pretty funny skit about Glee... 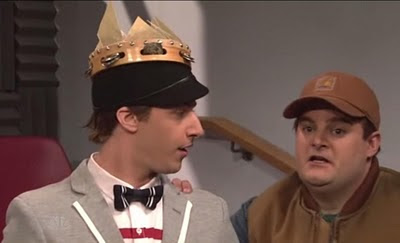 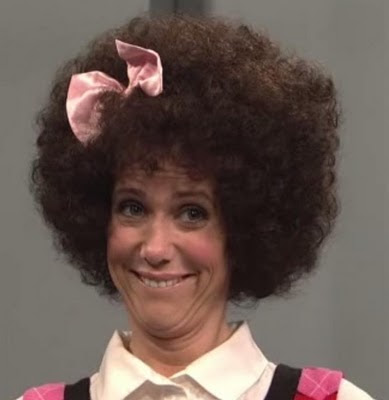 ... Only for the whole thing to be derailed with the inclusion of Gillie, the horrible character played by Kristen Wiig that almost nobody likes. (Sorry Picosita. And also, my 10-member anti-Wiig Facebook group can still be joined here!)
The skit was going along fine, not hilarious but still funny, until she came on my screen. I instantly cringed and found something else to busy myself for the next couple minutes. Once she made an appearance, the only other funny part of the skit was the introduction of gay Kurt's dad.

I don't understand the thinking on involving Gillie at all. By itself, Glee is incredibly easy to mock, and they were doing a good job of that. You simply don't need to include a tired Kristen Wiig character. Is it in her contract that she has to be in 10 skits per week? Does she give head writer Seth Meyers a handy each time she makes an appearance?

Anyway. Outside of that horrible-ness, there was a funny bit or two. The FB application for mom-proofing your profile was pretty good, even if it didn't make logical sense, since there are plenty of privacy tools already to keep people out of your FB. I was also a big fan of the New Boyfriend Show, featuring Samburg as a kid who interviews his mom's boyfriends in the morning... and who gleefully tells today's guest that he's on the 100th episode. 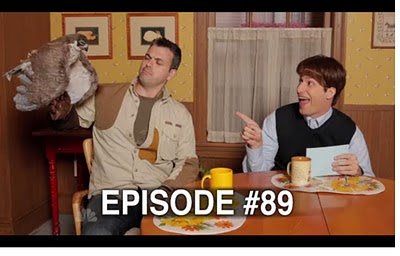