This week in random Hollywood re-tread news: The Hobbit, Top Gun 2 and Scream 4


I used to do a lot more random "news" and hodgepodge entries. Let's try to bring that back on a lazy Sunday that doesn't feature Chris Parnell and Andy Samburg, since Saturday Night Live was a repeat last night anyway. 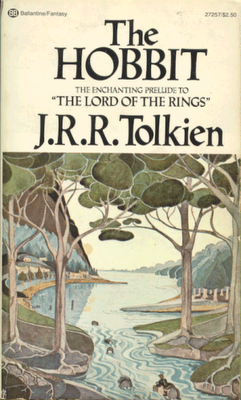 - It seems like The Hobbit is back on. This makes me happy, especially since Peter Jackson is attached as the director now, as opposed to just being a producer.

I actually thought it was a bit odd that Peter Jackson started with The Lord of the Rings, as opposed to The Hobbit. In terms of source material, The Hobbit is about 100 times more readable and accessible. It moves at a pretty brisk pace, and there is a lot more action. Also, there is a giant effing dragon in it! That's always a selling point in movies for me.

In contrast, The Lord of the Rings trilogy has lots and lots of talking, along with aborted encounters. For example, the hobbits run into the ring-wraiths in the first book, but they don't fight them. This is a common theme through the series, as they run from the Balrog, the Ents take care of Saruman, and the one ring gets destroyed in a bit of luck, via a misstep by Smeagol. I think the height of the movies / books comes in one of the few confrontations, that of Eowyn dispatching the Witch-king. It was the only moment that made me go, "Wow, that's awesome!" The rest of the movies just featured a deep appreciation for what Peter Jackson had created, but yet, I wasn't spellbound. 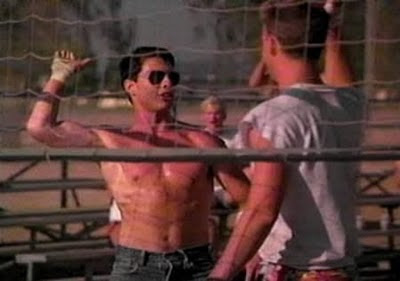 - Unfortunately, Top Gun 2 sounds like it's going to suck. Blast is reporting via other sites that Tom Cruise isn't involved, and they haven't lined up Jerry B. as a producer, or other cast members. You can read their news item here. Without Tom Cruise, why bother calling it Top Gun? The movie is all about him!

I suppose they could try to lure Val Kilmer and/or Anthony Edwards back into the fold, and make a true sequel or prequel. But without either one of them or Cruise, it'll just seem like one of those crappy, unrelated movies that just uses an old series title to make a quick buck. (I'm looking in your direction, Bring It On Again and Dumb and Dumberer.)

Therefore, if you're actually going to do Top Gun 2, I think you need to make it into a spoof. I'm talking Naked Gun or Hot Shots or Airplane! style, with completely unawares characters in ridiculous situations. For example, you definitely need to the do the bizarrely hyper-gay volleyball scene again, but up the ante. Repeat it 15 times throughout the movie, or have a whole slew of volleyball players, or just make the whole movie about a big volleyball tournament as opposed to having anything to do with fighter jets. 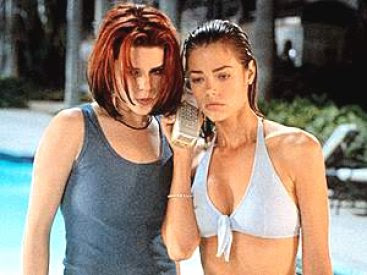 - And finally, I find it odd that Neve Campbell was the holdout for Scream 4. Hey Neve, it's not like your door is getting knocked down by greedy agents desperate to ink you for your next role. Except for guest spots in some good television shows, her last prominent role was... Scream 3. Whoops.

I will add that Neve was really attractive in Party of Five, and especially Wild Things. Man, Kevin Bacon is probably a happy dude for life because of Wild Things... that son of a bitch. On top of that, he has a fun game named after him! And he's named after a delicious item of food! That sly, sneaky bastard.
Posted by Steve G. at 10/17/2010 07:00:00 PM