A ho-hum Saturday Night Live with the gorgeous Emma Stone

I didn't realize that Emma Stone was so tall, and had such great legs, until last night's Saturday Night Live. Also, there was a pretty funny sexual education skit in the final 30 minutes - It was much, much better than the lame ones with Kenan Thompson. 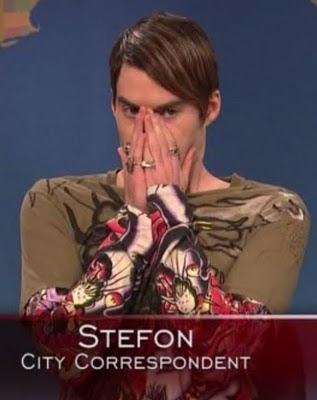 And hey, now that I think about it, there were several good moments in Weekend Update. It's silly, but I like the Stefon character. Furkels was great, and made me spit-take a bit. And Kenan was really good as that wacky "The rent is too damn high!" character. And the weird French dancing skit was something they would have done on an old school Saturday Night Live, and very effective.

As usual, anything Kristen Wiig was in made me recoil. And the opening monologue? I bet while Jay Pharoah was watching in the background, he was thinking, "Why does this Fred mother effer get to Obama?" That was long, drawn-out and not funny. Same thing goes with everything Wiig was featured prominently in. Another funny skit, the "my brother is awesome!" show, made that clear to me. Just start putting the new girls in every skit, Lorne Michaels. 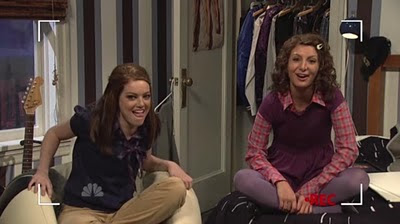 Note: Sorry for the brevity of this entry, but I'm doing this, that and the other thing tonight - Packing for a two-day trip to New York, preparing for the initial high school newspaper edition of the year, planning for my site launch on November 1... Being an adult is tough work.