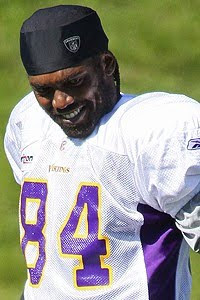 Matt: While I'm immersed in Randy Moss-revival joy, I thought I'd send in my picks early. Minneapolis was abuzz on Wednesday. It was like how DC felt on the day of Strasburg's first start. I get to wear my Moss jersey from 5th grade again. Zygi Wilf is going all in, and there is literally no NFL player that I would be more excited to acquire than Moss. Not saying Andre Johnson isn't a better receiver, but with the history, Moss is a more exciting acquisition. 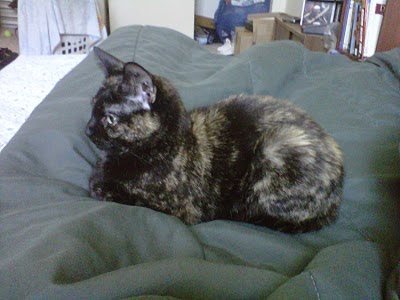 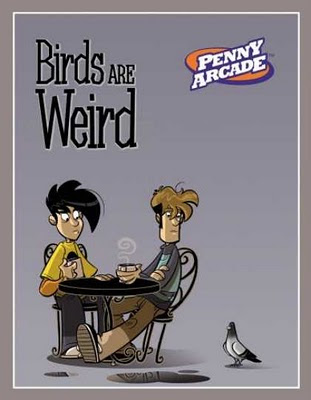 Steve: Whew - Another week, another batch of picks. But of course, let me digress...

My relationship with my roommate's cat is much like Quagmire's relationship with his cat on Family Guy. You can view that clip here. Mundane cat activities, like Cleo sleeping on my bed and rubbing against my legs, are fascinating to me. Cats are neat creatures, I must say.

In contrast, I agree with the Penny Arcade guys - Birds Are Weird. Big Bird is okay in my book, and I don't consider ducks to be birds. All of those other birds though? Ick. They're noisy and they shit everywhere. I'm glad that cats eat birds, and hopefully someday Sylvester the Cat will actually get his paws on Tweetie Bird. That big yellow forehead mother effer.

Oh yeah, football. Uh, I have no friggin' clue what's going on with the NFL. I blame my work schedule, which has caused me to worry about tons of things that are not NFL games. Also, I blame birds - Many NFL teams are named after birds, which as we have discussed, are weird. Also, last week's records:

So, pretty craptastic for all of us, and especially horrible for me ;_; Bob: It's a good thing you "own" this blog, Steve, because otherwise I don't think we would be allowed to pick football games anymore. As a matter of fact, we should add a coin flip to see how random picking performs against us. I wish I had some funny input (all the more reason that we could get "fired" from the blog), but we have family in town and it was a dull week.

Except for the Randy Moss trade. God, I am so disappointed. Not to say that I disagree with the trade (in Belichick I trust), but I will miss having that electrifying presence on the field. And to see him go to appease the latest dong text-er is all the more disappointing. I really hope they can beat the Jets this week. I am so sick and tired of them, particularly that cocky ass Rex Ryan.

Without further adieu, my picks (that you clearly should not follow), at the bottom of this entry.

-----
Kristin: Woohoo! I was the winner last week, and breaking even is super fun! So Matt, thanks for bragging about acquiring Randy Moss, thanks a lot for giving us some time to recover before rubbing it in. Well, I guess Brady won all his rings with no big names to throw to, maybe this is some kind of good karma / sign. Also, I notice that I picked almost entirely underdogs this week, so let’s see how that turns out.

-----
Matt: Just remember, Randy was mine long before he was yours!

-----
Steve: To be fair to Matt, I think he’s going to need the comfort of Randy “Straight Cash Homie” Moss now that the Twins have joined the Red Sox on the sidelines of the playoffs. And we pretty much raped the whole state of Minnesota on that whole Kevin Garnett trade. But enough procrastinating! Finally, the picks: