Pickin' Pigskin: Week 6 (may or may not be about Jenn Sterger)

Matt: I'm heading out of town, so I figured I'd better get my picks sent off. Basically, I want to give up on our season, but I just can't quite bring myself to yet. Soon. 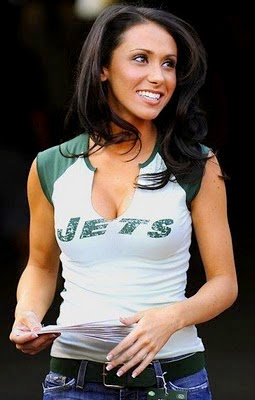 First off, how about you change the subject line on your e-mail picks? Week five was last week! What do you think this is, amateur hour? Listen, I can banish you back to the minor leagues of game picking if you aren't careful! I'll cut you, fool.

And second, I'd give the Vikings a bit more time to gel into a cohesive unit with Moss. By the way, I used "unit" in my preceding paragraph. You get it? It's a Brett Favre joke! Because it refers to slang for PENIS. (Also, this whole paragraph now gives me justification for including a photo of Jenn Sterger.)

Speaking of Jenn, did you know she once had implants? Actually, I'm assuming she got them out since she did blog about how she wanted them removed. This disappoints me a bit - I don't mind implants. At least, I don't think I do - I don't think I've ever been with someone who has them. But implants in and of themselves aren't evil. I wouldn't rule out dating someone just because they had implants. (Now if they smoked and weren't trying hard to quit? No way.)

I hope that paragraph causes an awkward exchange and distraction in the Hanson household that will allow me to vault ahead of Bob in the standings. In a switch from last week, overall records are presented, with the past week's schedule in parentheses: You should know you could never distract me with a picture of Jenn Sterger. I've always said there are two types of people I couldn't date - Republicans and Yankees fans. It is well-known that there is a correlation between being a Yankees fan and a Jets fan. According to the Transitive Property of New York Douche-ery, then, I have no interest in Jenn Sterger. It's not even a matter of just dating - I don't consider people to be worth my time if they are either of those things. (According to the Transitive Property of Republicanism, that means I also can't date racists. ZING.)

Now, if you want to post a picture of Dichen Lachman, that could be distracting to me. There are rumors that she might be in the new Star Wars television show, and that could be even more distracting. Maybe we can put her in a metal bikini?

As for football... wow, I can't think of a single interesting thing to say about football. I don't care about Brett Favre's penis. Really. I don't. At what point are we going to stop becoming excited about the fact that professional athletes are pigs, just like politicians, businessmen, reality television stars, actors, musicians, and basically any profession someone can be. AOL has a top 10 list of most famous affairs of 2009. At what point does this become old hat? Men cheat, and apparently the best way to do this now is to send somebody a picture of your dick. I'm sorry, allegedly send a picture of your dick.

According to ESPN, I should also care about concussions, minor-to-mid-level important players being injured, and the fact that in the NFL you aren't allowed to tweet too close to kickoff (which is BS). If I was Terrell Owens, I would pay my fine in a jar of pennies. 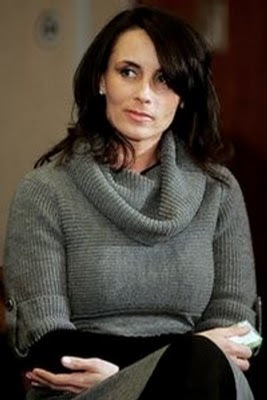 If you want to sleep with women that aren't your hot blond brunette wife and mother of your children, giving them the lasting mental image of your penis appearing only the two inch length of a cell phone screen is probably not the way to go.

-----
So without further delay, here be some picks: