No, I haven't watched Glee yet. 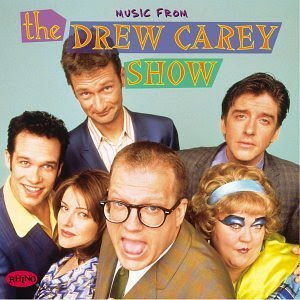 My love of Glee is now widely-known, which is somewhat concerning because I am a 26-year-old man. It's sad enough that I love the show, but it's worse when everyone knows and one of two things happens:

1) They razz you about liking it. Typically, my defense is that it is so different from everything else on television that it appeals to me. I am also a sucker for harmony and (some) pop songs, and I especially like when they do covers. I love listening to covers, whether they're by Richard Cheese, The Dan Band or Me First and the Gimme Gimmes.

2) They keep asking if I've seen the latest episode, since they're a fan of the show too. This normally isn't TOO much of a problem, but this week, I've been ridiculously busy with work stuff and other stuff. As a result, I've barely had time to sleep, never mind watching Glee. I might try to sneak it in tonight, but I have to lay out a 12-page high school newspaper and then I have a meeting for coffee tomorrow at 9:30 a.m., followed by police coverage and another meeting at 2 p.m.

Soooo... things are pretty tight for me. And I really want to see them do the time warp again - it's just a jump to the left, and then a step to the right, after all.