Around The Dial: Marcel's On Fire!


Some random news from the television and video game worlds...

- BOOM Shaka Laka! A new version of NBA Jam is going to be released for the Nintendo Wii! This is awesome news, because I loved the original Arcade version of the game, and I actually own a Wii. While this doesn't quite make up for me missing out on the initial release of Final Fantasy XIII (Damn my poverty!), at least I'll be able to play the update of the classic.

For screen shots and a video trailer of the new edition, check out Blast's coverage here, which is where I originally learned of this news. I'm hoping they keep all of the zany extras, like being able to play as Bill Clinton, in the game. And as the above YouTube video implies, on the early arcade versions, you could even play as Mortal Kombat characters! Sweet, eh? 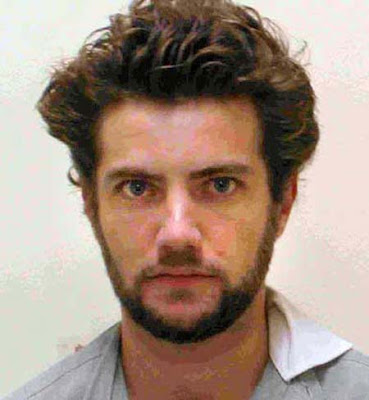 - In television news, Marcel from Top Chef is getting his own reality show! As my friend Kristi said, I'm guessing that there won't be too much foam cooking on the show, but we can always hope, can't we?

For unknown reasons, the show is rumored to be landing on the SyFy Network. This makes almost no sense, but then again, they were also highly interested in the WWE's ECW and still do broadcast some WWE stuff. I guess when people aren't watching your crap like Mansquito, you feel the need to program differently, even if I agree with this Entertainment Weekly writer's take that the network's potential is completely unrealized.

But anyway, focusing back on Marcel. I could see this show being momentarily entertaining, but it won't have staying power if they're just some catering company doing wacky meals. Marcel isn't really that likable, but on the flipside, he is not a monster like Gordon Ramsey. I don't think he will be a good anchor for the show week-in and week-out, unless it becomes a bizarre sort of Top Chef affiliate, featuring a bunch of the ex-chefs from the show.