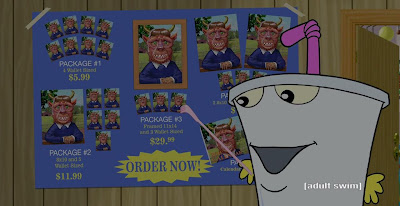 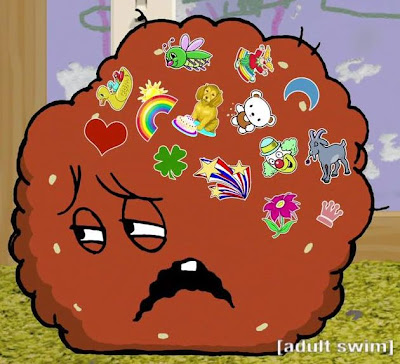 This past week's episode of Aqua Teen Hunger Force, "Monster", was pretty good. Not so much for the episode itself, because it was good, but ho-hum. Master Shake did have some great lines, true, but more importantly, there were some great images from the show, such as the one above, featuring Shake trying to sell Meatwad on a monster prevention pack.

And, to the right, Meatwad apparently likes to get stickers when he behaves well. He keeps complaining of a monster in his closet, in the sand, and tries to sneak into Frylock's bed for a "booty call" at the beginning of the episode as a result. Hilarity ensues from there! Good times, good times.