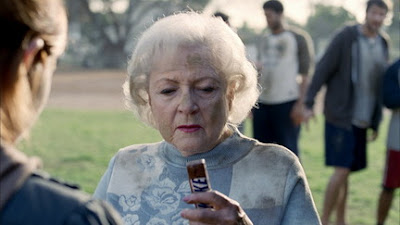 Some more television news for you all to digest, since I am woefully behind on my television viewing because of work...

- Our long national nightmare is over, as The New York Daily News and People and practically every other outlet on the Internet is reporting that Betty White will host Saturday Night Live on May 8. According to them and others, guest appearances by Tina Fey, Amy Poehler, Molly Shannon, Maya Rudolph, Ana Gasteyer and Rachel Dratch will help White split up the workload of the show.

For myself and other members of the Facebook group devoted to getting her on the show, this is great, great news. I'm just hoping that it doesn't spawn movements for other, inferior hosts, that would water down the entire concept. For example, as much as I love the Chuck Norris facts floating around the Internetz, he would make a pretty horrible SNL host. I think we all got a good dose of his "acting" ability from Walker, Texas Ranger. 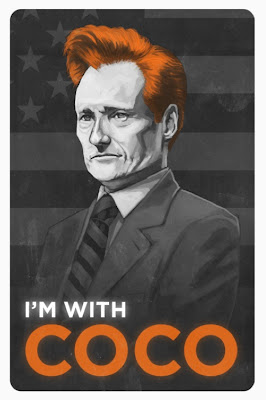 - Speaking of Chuck Norris and Walker tangentially, Conan O'Brien is now on tour! It bears the comical name Legally Prohibited From Being Funny On Television Tour, and Conan will hit 30 cities, along with sidekick Andy Richter and portions of his band. Tickets start at $39.50.

I would love to go to this, but I'm not sure if anyone I know in Boston or Rhode Island would be interested in going with me. (This is assuming that tickets haven't already sold out.) If you'd like to go with me, shoot me an e-mail (sgre6768@gmail.com) or leave a comment. He is playing two shows in Boston, Friday June 4 and Saturday June 5. Both shows start at 8 p.m., and ideally, I'd prefer the Saturday show.

- I talked the other day about The Forgotten being canceled already, which made me curious about what other shows had been canceled so far this year. Luckily for me though, TV Series Finale has done all the work for me already with a great list here!

First, I'm really disappointed that I never saw Blonde Charity Mafia, which frankly sounds like something I would make up. My show would revolve around supermodel blondes pulling bank heists and acting EXACTLY like the characters in The Godfather and Goodfellas. Unfortunately, the actual show was supposed to be a docu-series about a trio of young, influential women in D.C. (I'm presuming they would be blonde.) 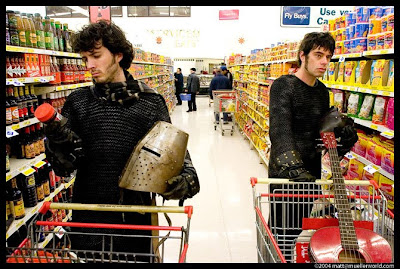 Second, I was glad to read that Flight of the Conchords ended of their own accord as opposed to waiting for the axe to fall from HBO. While I enjoy Bret and Jemaine as much as anyone, I found their series to stretch the concept a bit much. Their old stand-up special packed the quality into a compact bit, whereas the show stretched it as thin as silly putty.

Third, I find TNT dramas to be very overwrought. I don't like The Closer or Saving Grace, and a third show, Raising The Bar with Zack Morris, has been axed completely. Good riddance. Zack, please go back to your hijinks at Bayside. Heck, you could probably be the principal at this point, which would lead to HILARIOUS role reversals!

And finally, unfortunately... The Tyra Banks Show is done. NOOOOO! She provides so much great fodder for The Soup with Joel McHale. Sigh. At least he still have Wendy Williams, Maury Povich, The Today Show and reality shows to keep afloat...