Get Dookie on your Wii 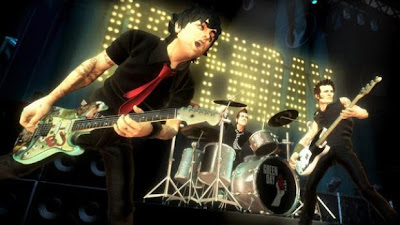 Another quickie entry tonight for work-related reasons, although I must admit to liking my entry title for this a lot...

According to Blast and my man Eddie, Green Day is set to have their own Rock Band installment in June. This is great news to me, as Green Day's Dookie was the first compact disc I ever personally bought with my own money. Eventually, that and Insomniac got so worn out that I had to replace them. Even though both are kind of short on length, I like this "quick burst" quality to them.

Like Eddie, I hope that they stick mostly older stuff on the game. While it is a given that the most popular singles will be represented - "When I Come Around" and "Basketcase" and "Time of Your Life" - I am hoping they manage to find some space for "J.A.R.", which was great but initially only available on the obscure soundtrack for the movie Angus that nobody saw. It remains my favorite Green Day single to this day.