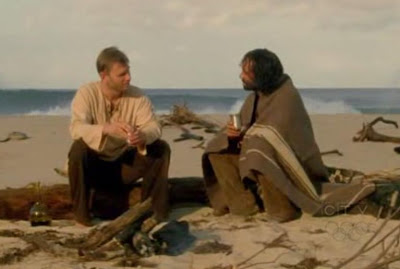 After some merely very good episodes, LOST kicked it back up a notch last night, to steal some terminology from a hack-like television chef. While the first 20 minutes or so just seemed to add further to the mystery, the last half of the episode was just some nice, gooey explanation. The episode was like a chocolate chip cookie in that way - It just got better as it heated up.

Unlike past episodes, which normally intersperse the different stories going on, last night's episode of LOST seemingly only focused on Richard. Except for the beginning and end portions of the episode, the entire episode was a simple flashback. However, I think it's more accurate to say that the episode focused on the "deity" characters of LOST - Richard, Jacob and Fake Locke / The Man In Black, who were definitively revealed to be one and the same.

Like I originally thought, I think last night's episode revealed that Jacob and Fake Locke are good and evil, respectively. Fake Locke tried to manipulate Richard from the second he got on the Island by using his dead wife, whereas Jacob seems to operate more by free will with small signs. I've ripped on Hurley in the past, but his role as the Haley Joel Osment for Jacob and other ghosts has finally given him a purpose outside of being Fat Guy Comic Relief. 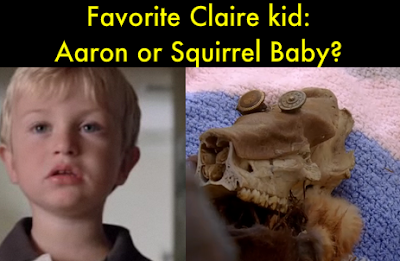 My only regret about last night's episode? Well, I couldn't think of a better way to work in this image to the right that I originally saw on the excellent Mel Got Served. Screw it though - I'm posting it anyway! Take that!