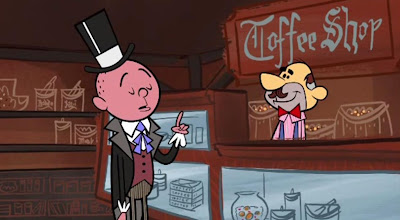 Ah, Ricky Gervais. How have I missed you for so many years? In light of watching your HBO show, I feel like I truly am missing out by not checking out more episodes of the British version of The Office.

Anyway, the latest episode had two truly outstanding bits. One, as you can see from the top photo, was regarding Karl mentioning that he hates being in a toffee shop and having to chose from hundreds of varieties; it takes him more than four minutes. This caused Ricky to cackle wonderfully, and Steven to ask if he goes shopping for toffees before or after he is done at the candlestick maker's shop in Fairy Tale Land. 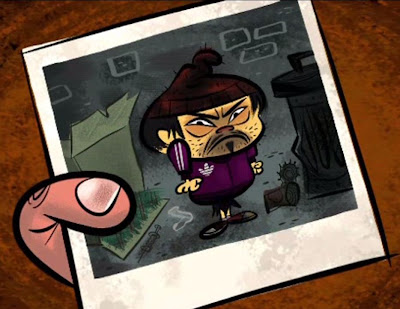 And secondly, this episode follows up on a past episode when Karl said he has never seen a homeless Chinese man before. And, they get an e-mail about a Chinese midget. And then later, there is more monkey news. Ah, so much good times.